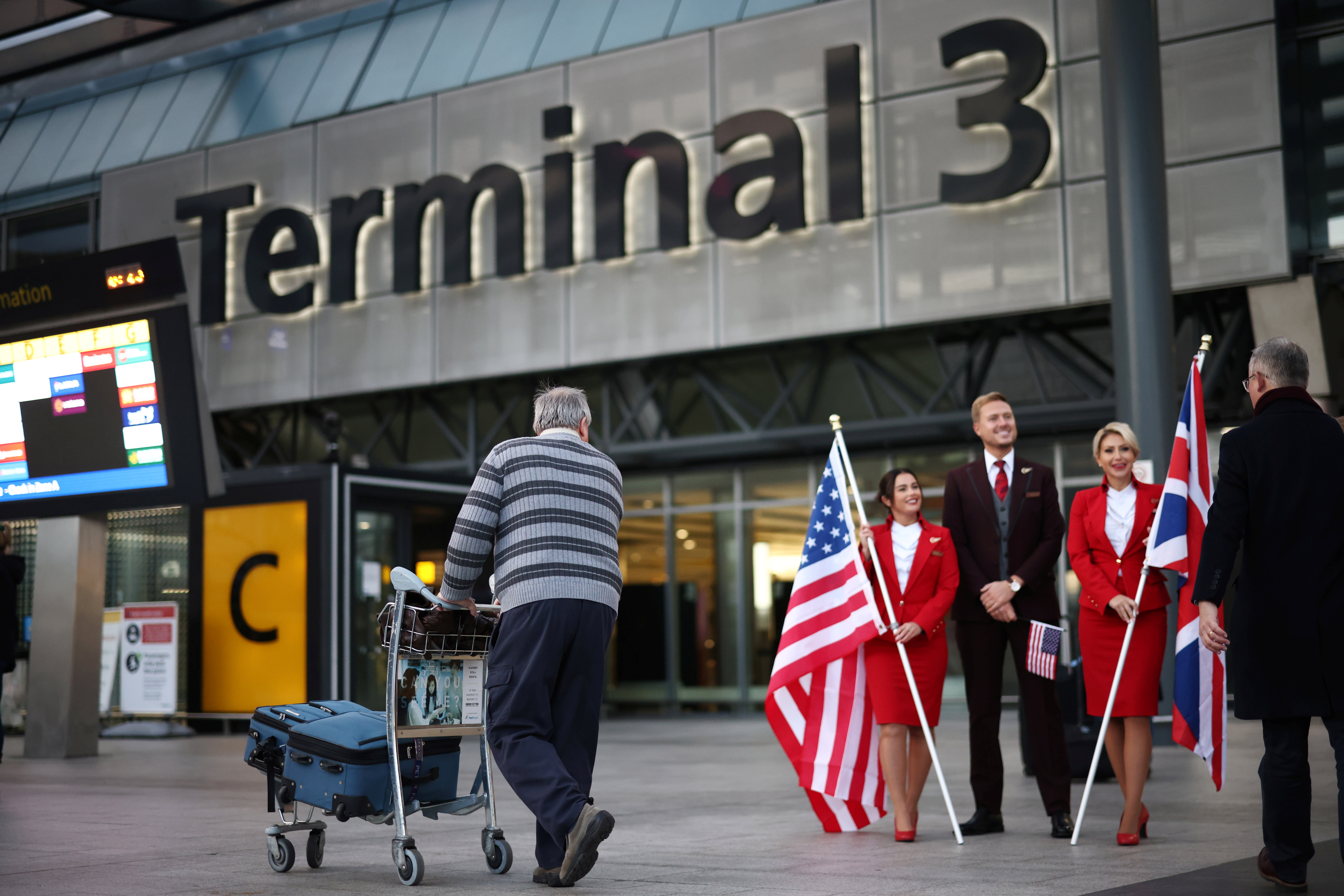 Starting from today, November 8, long-banned travelers from 33 countries, including Brazil, China, India, Iran, Ireland, South Africa, the United Kingdom, and Europe’s 26-nation Schengen Area, are finally able to enter the United States, provided they are vaccinated against COVID-19. The reopening comes as a relief for Europeans in particular, whose exclusion from the U.S. started in March 2020, 20 long months ago.

Although Europe reopened to Americans back in June, the lack of reciprocity caused frustration and European officials worried that the “travel ban” on Europeans might last until the end of 2021, yet another irritant in a trans-Atlantic relationship already strained by trade tariffs and the U.S. withdrawal from Afghanistan. But following an all-too-public spat between France and the United States over the AUKUS trilateral submarine deal, the Biden administration found itself pressed to make trans-Atlantic amends. In a sudden reversal, the White House announced on September 20 that vaccinated Europeans would soon be able to travel again to the United States. For thousands of long-separated couples, families, and other loved ones, it was the light at the end of the tunnel. For officials, the case felt closed.

Yet mobility across the Atlantic and beyond remains far more restricted than in pre-COVID times. Visa backlogs for non-immigrants have yet to be absorbed, and they continue to impede travel. The new travel regime also heavily restricts movement for unvaccinated non-citizens — mirroring the system already in place in Europe. Instead of considering the matter settled, Americans and Europeans should realize that human mobility is a freedom worth defending. Together with other advanced economies, they should, more than ever, strive to restore a safe and equitable way for all to travel in this COVID-19 era and beyond.

Resuming travel, but not for visa holders

Despite the official “reopening” of travel to America on November 8, thousands of European non-immigrant visa holders continue to be stuck in limbo, ensnared in a visa issuance system gone awry. Since March 2020, American consular services have been working at reduced capacity and have been occupied with reviewing applications for National Interest Exceptions — the bureaucratic exemption to the travel ban — while turning down visa appointments.

The number of visas issued by American embassies across Europe has dropped dramatically compared to pre-COVID times. In the first six full months of the Biden administration, February to July 2021, the number of non-immigrant visas issued to French and German citizens was less than half those issued over the same period in 2019, according to the author’s calculations from State Department data. Italy saw a more than 60% drop. This ongoing under-issuance crisis comes on the back of 2020: Across the Schengen zone (minus Poland, which was only granted visa waiver status in 2019), the number of non-immigrant U.S. visas issued in 2020 was half what it was in 2019, a drop of 178,000 visas over 12 months. A large part of these “missing visas” may be due to a drop in applications, but anecdotal evidence also points to an accumulation of applications stuck in limbo.

Indeed, until recently, visa appointments at American embassies across Europe were regularly postponed or canceled. Over time, this has made for incredibly long delays in getting a new visa, or worse, in renewing a visa. Official visa appointment wait times for visitor visas (such as worker, investor, or exchange visas) are better calculated in months than in days. For 20 out of 26 Schengen capitals, appointments for some categories of visas are offered on an emergency-only basis.

Asked about visa processing delays during a background briefing call, senior administration officials say they are “focused on it,” while underlining that visa under-issuance has also translated into a loss of revenue for the State Department, which, in turn, affects funding for consular services. In an attempt to break the cycle, American embassies in Europe are now offering supplemental appointments, while recognizing that not everyone will be able to benefit from new time slots just yet. So for now, thousands of Europeans will remain stuck in place, even as America reopens to vaccinated European tourists and visitors.

Resuming travel, for the vaccinated only

Beyond Europe, the new rules for traveling to America were made public in President Joe Biden’s October 25 “Proclamation on Advancing the Safe Resumption of Global Travel During the COVID-⁠19 Pandemic,” along with an order and technical instructions from the Centers for Disease Control and Prevention (CDC). They are not simple — unless you are a U.S. citizen or green card holder, for whom there is no change.

All other air travelers seeking entry to the United States will have to demonstrate full vaccination against COVID-19. Accepted vaccines are those authorized by the U.S. Food and Drug Administration (Johnson and Johnson, Pfizer-BioNTech, and Moderna) and the World Health Organization (AstraZeneca, Covishield, Sinopharm, and Sinovac). The list includes the most widely distributed vaccines in North America, Europe, Asia, Africa, and South America, but omits Russia’s Sputnik V (World Health Organization authorization still pending), limiting entry not only to many Russians, but also to some travelers from Europe, Latin America, and the Middle East. Mix-and-match vaccine combinations will be accepted — an important clarification for Canada, where they are common — but “one-shot only” of a two-shot vaccine will not be accepted, despite being a common practice in Europe for those who have recovered from COVID-19, including French President Emmanuel Macron.

The Biden administration has built in exemptions to the vaccine requirement. At least five categories of people may circumvent the regulation: diplomats, minors, individuals with medical conditions or those enrolled in clinical trials, immigrants/refugees (who are expected to get vaccinated while applying, but can be exempted if vaccines are not widely available in their country of origin), and non-immigrant visa holders from “foreign countries with limited COVID-19 vaccine availability.”

This last point is a crucial one. It demonstrates that the White House has heard concerns from migration experts that vaccine requirements for travel would establish a “two-tier mobility system” between advanced economies and low-income countries. Unvaccinated citizens from countries where less than 10% of the population is fully vaccinated — for now a list of 50 countries determined by the CDC — are eligible for an exception and may be allowed to enter the U.S. if they have a non-immigrant visa. But while this policy is a commendable effort, it still excludes tourist visa holders and suffers from a threshold effect. Travelers from the 16 countries with a vaccination rate currently between 10 and 20% — including Jamaica, Ukraine, and Pakistan — are ineligible for exceptions despite vaccine scarcity.

As Europeans and Americans converge on similar travel regimes that require vaccination, they should keep in mind that the rapidly evolving public health environment requires rules to be adaptable. Lifting the travel ban was just the beginning, and vaccine requirements are no panacea; for the time being, they lock out large swaths of the world population — a situation we should not want to see persist, as it increases inequalities and isolates regions from one another.

If nothing else, the travel ban episode should have taught Europe and the United States that it is easy to let crackdowns on international travel linger, without concern for human and economic costs. With this in mind, human mobility should be elevated to leaders’ level and put on the agenda at the G-7 and G-20 meetings alongside trade and technology issues — if only because free movement is a hallmark of democratic societies. Together, advanced economies must work to rewrite the rules of travel and mobility in COVID-times, in a manner that is safe, equitable, and sustainable.

Next post Uk nationals Most Excited to Journey to US, Data Present 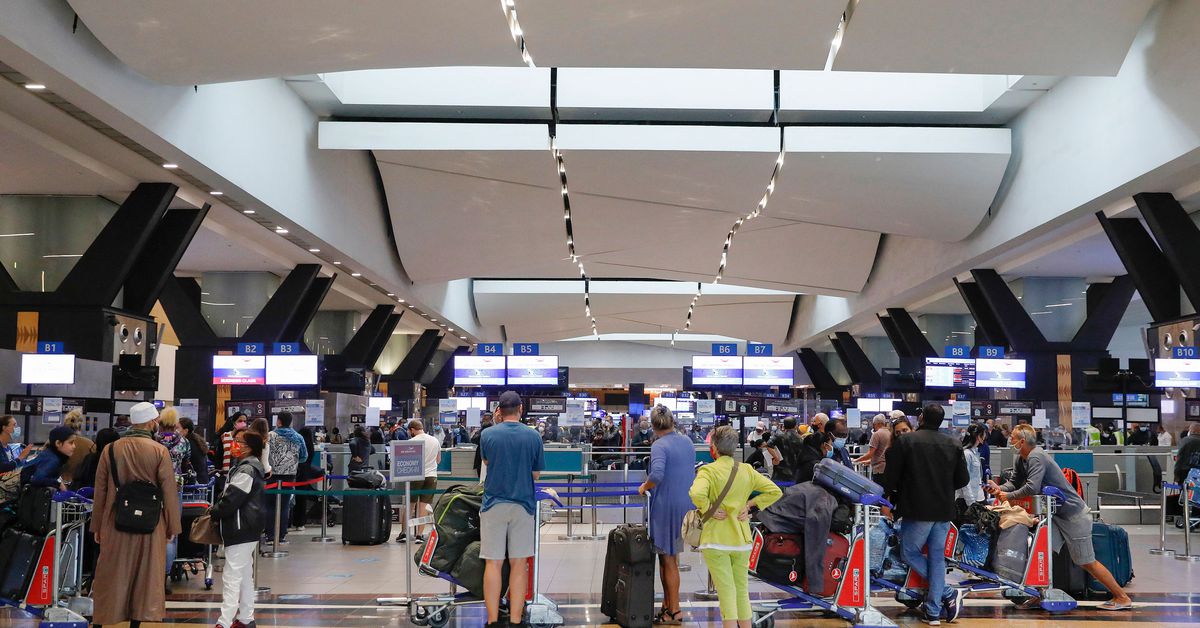 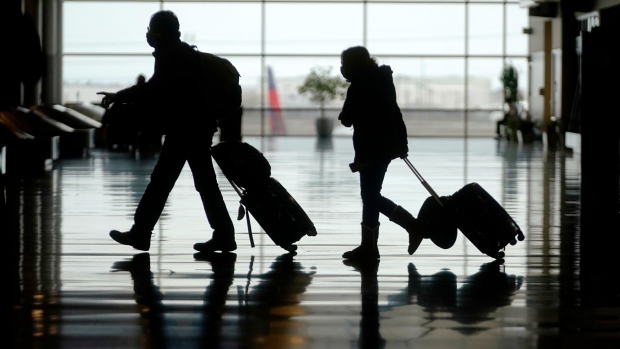