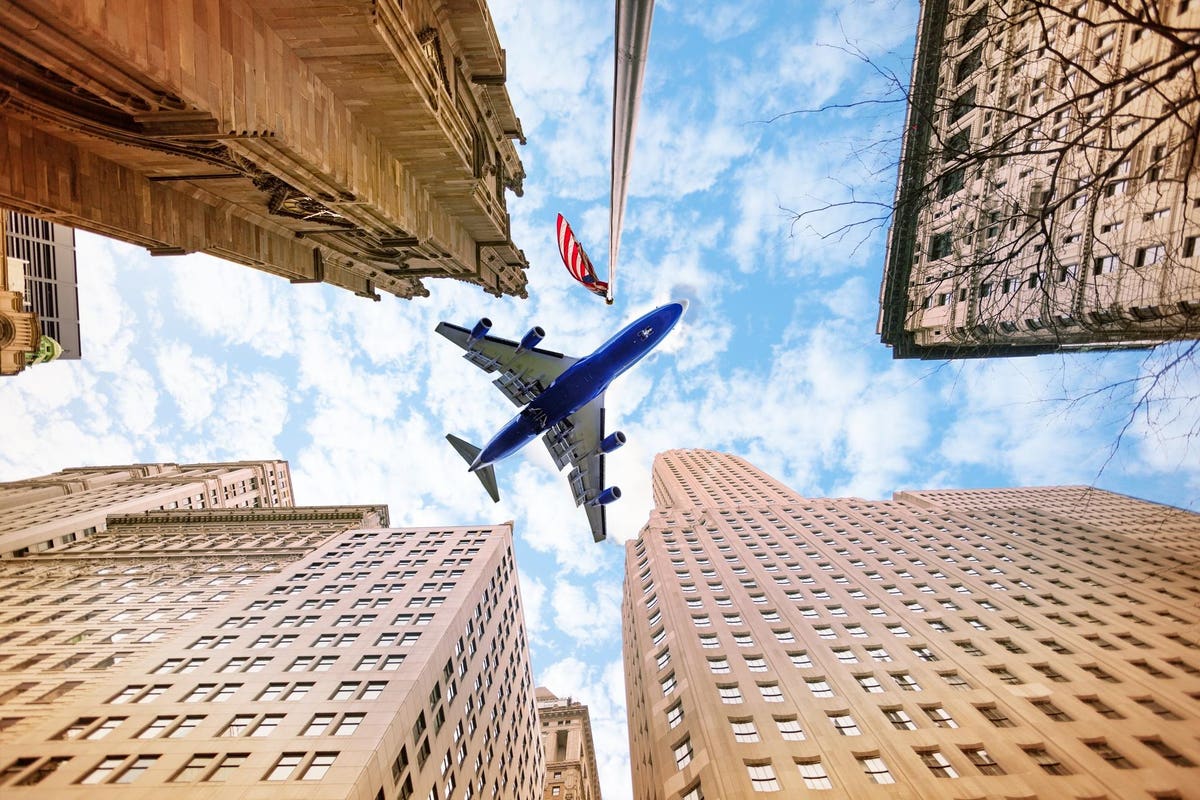 There are many people waiting for the borders to reopen between the U.K. and U.S. for a myriad of reasons: to see loved ones, for work, to reunite with friends and family or simply to complete the trips they’ve been wanting to take.

As President Biden plans to arrive in the U.K. next week for the G7 Summit in Cornwall, his first trip overseas since taking office, there have been renewed calls by the airline industry to kickstart travel between the two countries:

According to InsureMyTrip, Americans are searching for and buying travel insurance again for trips to European destinations, with Iceland, the U.K., Greece, and Italy trending and back on the Top Ten list for the first time since the pandemic began. For these people, there are several key dates to keep an eye on, as to when the borders might open on either side (both borders don’t need to open at the same time).

Theory 1: The U.S. ban will stay in place until the Canadian/Mexican land border opens, so after 21 June

The U.S./Canadian border, the longest in the world, will remain closed until at least 21 June, as will the Mexican border (however, it is still possible to fly as the air border is not closed).

This theory makes the most logical sense, in that the U.S. is less likely to revoke the travel ban from the EU and the U.K. before it does the same for its neighbors.

Theory 2: The U.K. might include the U.S. on its green, safe list of non-quarantine countries on 28 June

On May 17, the U.K. government announced its safe list of countries, from which arrivals into the country would not need to quarantine and non-essential travel would be allowed. There were 12 countries on the list, which was updated 8 June to remove one of those countries, Portugal (leaving many travelers having to pay rising airfares to get home before the 4am cutoff–after which a ten-day quarantine would need to be observed). The U.K. is due to update this list of safe countries on 28 June, at which point it could add the U.S. to the list.

However, The Telegraph reported that Matt Hancock, the U.K.’s Health Minister announced to the public on 7 June that they shouldn’t expect any changes to the green list soon and that summer holidays were off “in the medium term.” It was reported that industry and travel professionals understand this to mean that additional countries will not be added to the green list on 28 June and foreign holidays would be restricted even into July.

Theory 3: the U.K. will push for a ‘green corridor’ for vaccinated U.S. and U.K. travelers

Many EU countries have put in place traffic light systems with different rules for vaccinated and non-vaccinated travelers and it seems plausible that the U.S. and the U.K. could roll out a similar policy.

As reported in The Times and The Sun, Prime Minister Johnson wants to tout the idea of a travel corridor with President Biden at the G7 Summit, where regardless of whether the U.S. was on a list of amber or red countries, vaccinated travelers could move freely between both without quarantine.

Theory 4: The U.S. will rescind its travel ban to coincide with July 4 celebrations

The Financial Times reported that British ministers had been “struggling” to persuade American counterparts to lift the ban on non-U.S. travelers and that whilst Boris Johnson planned to raise the issue before the G7 Summit, they did not expect the ban to be revoked at the summit or even in June.

President Biden has announced that the Independence Day holiday will celebrate “our independence from this virus” and so one Whitehall official is quoted as saying that “the best we are likely to get is something tied to July 4.”

Reuters reported that airline officials have also commented that a change might come around 4 July. When asked at a press conference on Friday 5 June, American Airlines President Robert Isom said that there was incredible pressure and pent-up demand to travel to Europe and when asked if July 4 would be too late to save the European summer season, he said “we’re going to take it whenever it comes.”

The Biden administration reportedly had a call with British officials on Thursday 4 May but has given no official announcement about detailed timings.

Theory 5: The U.K. will prolong phase 4 of lockdown until July 5 and make a decision based on new data then

The U.K. was planning to exit its lockdown process completely on 21 June but there are now concerns that rising infection rates of the Delta Covid-19 variant across the country are putting this in danger.

The Financial Times reported that leading U.K. scientists are applying pressure on Prime Minister Boris Johnson to delay the final easing of lockdown by a few weeks, as they reported that the Delta variant was becoming the dominant variant and displacing the previous dominant Alpha (Kent/U.K.) variant. A senior civil servant told The Financial Times that easing might be delayed until 5 July. Whitehall insiders are waiting for more clarity from the figures before a decision can be made–probably by mid-June.

Professor Christina Pagel, a mathematician at University College London, told the government’s independent weekly briefing that “we now have an exponentially increasing dominant variant that is more transmissible, more vaccine resistant and likely more severe than Alpha.” Likewise, Sir John Bell, Regius professor of medicine at the University of Oxford told the Financial Times that the proportion of fully vaccinated people in the U.K. was still too low to feel comfortable with a complete easing of the lockdown on 21 July–but that the U.K. needed more data to be sure.

Theory 6: The U.S. will revoke all travel bans at the same time, and therefore, much later in the summer

There are reports that the Biden administration would hope to lift the travel bans currently in place, at the same time–the implication is that this might be much further down the line, when Brazil and India’s residents are sufficiently vaccinated to make safe travel a possibility again from everywhere.

The U.S. is also under increasing pressure from individuals to lift the bans. France 24 reported that many families are becoming louder in their pressure on the Biden administration to make some announcement on when Americans might be able to see their families again who live overseas. Since the EU announcement on 20 May that it would allow vaccinated Americans to visit this summer, many are demanding a reciprocal response from the U.S.

The issue is particularly harsh for many European non-immigrant visa holders in the U.S. who cannot travel back to their families because they might not be allowed back into the U.S. upon their return. Many of these affected individuals have rallied and lobbied the government on social media under several hashtags such as #LoveIsNotTourism, #LoveIsEssential, #FamilyIsNotTourism, or #LiftTheTravelBan. The issue has been exacerbated as U.S. consulates across Europe have been closed or working at reduced capacity to process visa applications and renewals.

It has been different for American citizens living in European countries as they are considered to be resident in Europe and so have been allowed to travel between their temporary EU homes and permanent ones in the U.S. more easily.

As reported by Reuters, the U.S. has blocked all non-U.S. residents from entering the country if they have visited the U.K. in the past 14 days since March 2020.

Currently, the U.S. is on the U.K.’s amber list for travel, meaning that non-essential travel is still not advised, but travel is possible if arrivals enter quarantine for ten days and provide a series of negative Covid-19 test results (before and after entry). 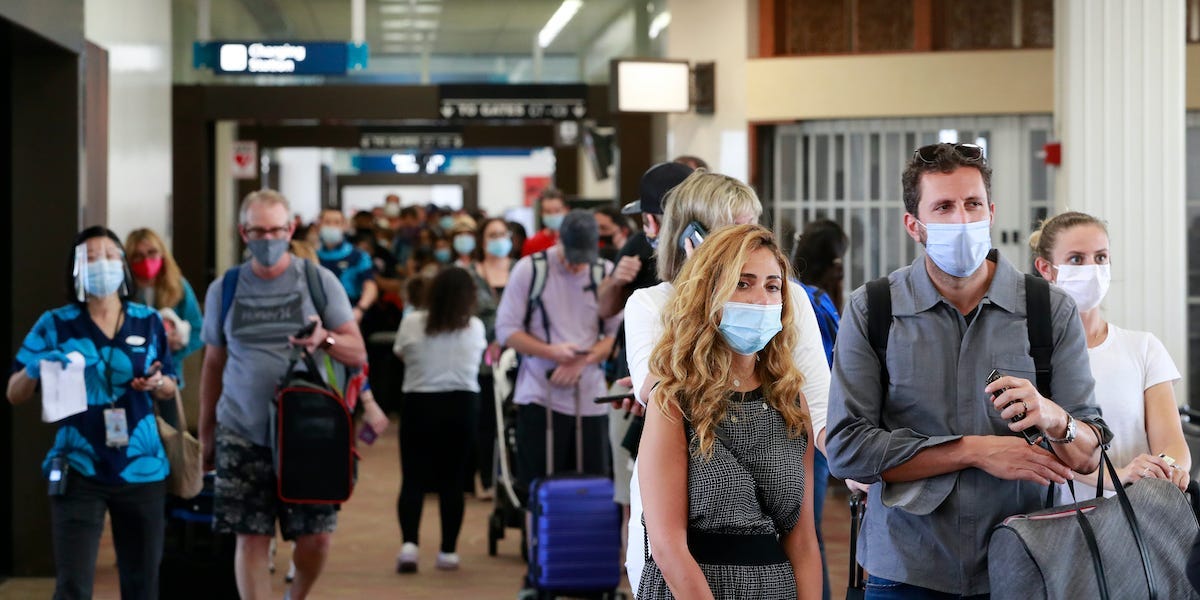 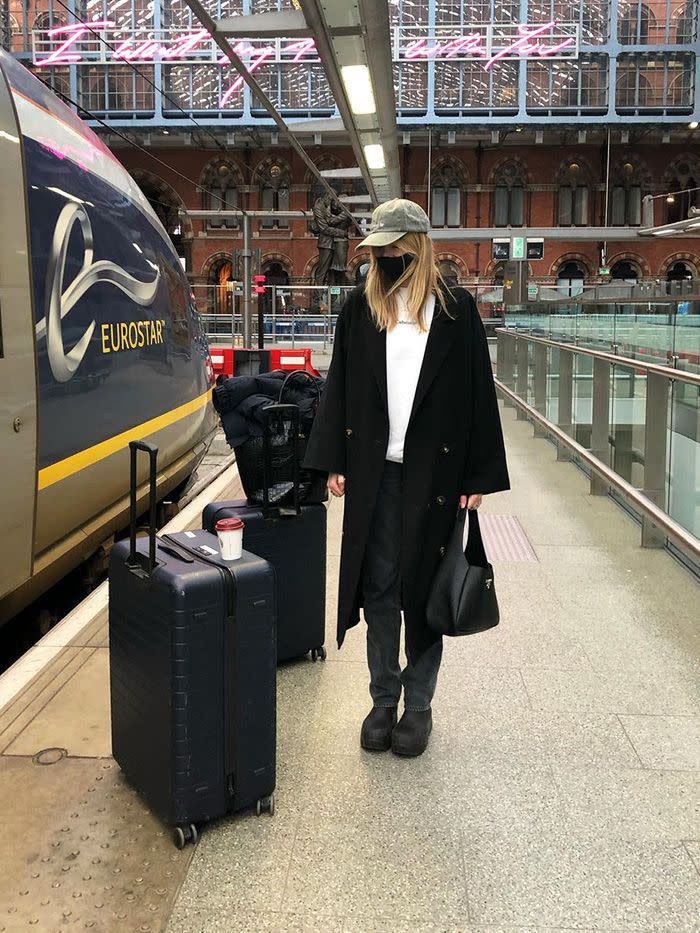 Next post All the Travel Accessories That Are Highly Relevant in 2021
Jarrett Kono
October 16, 2021