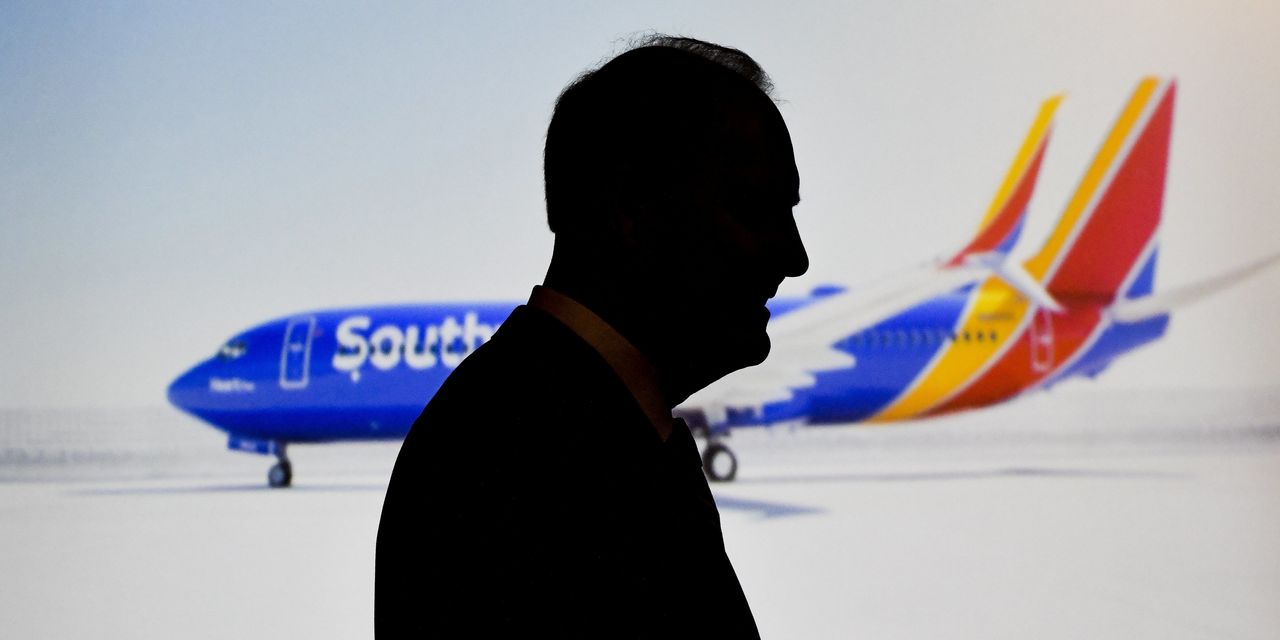 To run an airline is to manage crisis. And for two of the longest-serving CEOs in the airline business, lessons learned after the 2001 terrorist attacks guided decisions during the current pandemic.

airlines, respectively, have found their businesses turned upside down repeatedly.

Scott McCartney looks at the ups and downs of airline travel.

Each time they’ve found ways to grow out of the disruption. Mr. Kelly will have been CEO for 18 years when he retires early next year; Mr. Parker will have been a major airline CEO for 20 years come September.

Both sat for interviews to discuss the toll that multiple crises take and what’s ahead for airlines and their customers.

“I did find myself harkening back to the 9/11 experience. I think that gave me as much confidence as anything—I know we are going to get through this,” says Mr. Parker, who had become CEO of America West Airlines days before the Sept. 11 terrorist attacks and fought to save that small airline.

He merged America West into US Airways and then into American to create the world’s largest carrier. He’s the only person to have been a major U.S. airline CEO for both 9/11 and the pandemic.

Customers have had plenty of issues with American’s operation this summer and in prior years. Many other carriers, including Southwest, have had a rocky restart coping with a travel surge.

For millions of travelers, the complex rush to add flights has been key to pandemic recovery and reconnection. At the same time, the pain points are prominent: delays and cancellations from severe weather, staffing problems and limited capacity to fly customers on holiday weekends. There has been poor service from a lack of workers in areas ranging from reservations to wheelchair pushers, and tension in the cabin with disruptive passengers and uncomfortable masks.

Mr. Kelly hopes he’s managed through his final airline crisis: He announced in June that he’ll retire as CEO early next year but remain executive chairman at least until 2026.

His may be one of several significant executive departures in the airline business in the coming months. (Mr. Parker hasn’t announced any plans.) There are rumblings that several No. 1s and No. 2s at airlines may depart within the next year. Some airlines have already seen CFOs and others resign for more lucrative tech gigs.

Mr. Parker notes that severe crises can test even the best executives. “I think there are some people who are built for this and some people aren’t. You’ll see people join the business and go through something like this and then say, ‘This business isn’t for me.’ Those of us who have been through several of them, this is what we do,” he says.

Mr. Kelly, 66 years old, says the restructuring of the airline industry with bankruptcies and mergers at other airlines following 9/11 created opportunity for Southwest that he pounced on when he took the CEO reins in 2004.

Southwest found creative ways to expand its footprint in Chicago and Dallas, enabling huge expansion and a much stronger route network. His move to buy up 10 years’ worth of jet fuel at low prices helped keep fares down and powered one of its most rapid periods of growth.

The pandemic means a big airline-industry reset and the opportunity to remake networks that will change travel for years to come. With hourly trips between key business destinations not needed, Southwest had airplanes available to add 18 new destinations during the pandemic. Mr. Kelly says they’ll stay.

“We’ve accelerated a lot of dots on the map here during the pandemic that might have taken us 20 years before we would have ultimately had the airplanes to add all these markets,” he says.

Through its history, Southwest has made its biggest moves in a crisis. “Scenarios like this create awesome opportunities,” Mr. Kelly says.

Mr. Kelly says the pandemic probably delayed his retirement announcement. He wasn’t going to leave during a crisis. But now the company’s finances have stabilized—it was losing $20 million a day or more during the worst days of the pandemic—and though he says he has “plenty of gas left in the tank,” the timing seemed right.

March 2020 was “the longest month of my life,” he says. “Every day was substantially worse than the previous day. And you just couldn’t come to grips with how can this happen and where is it going to end?”

When he went to his annual physical, Mr. Kelly says he admitted to his doctor for the first time that his stress level was high.

The airline business is tougher to manage than most. There are very high fixed costs—airplanes are expensive—and very high labor costs with a skilled workforce and enormous safety concerns and responsibilities. Airlines depend on energy prices. They can’t inventory their product, they are subject to weather daily and pricing is highly competitive.

“And we’re making the product as our customers are experiencing it,” Mr. Kelly says.

What changes do you anticipate in commercial air travel in the next few years? Join the conversation below.

On Mr. Kelly’s first day as CEO, “I remember very vividly how responsible I felt and how dependent I felt on all of our people. They’re the ones that do the real work every day,” he says. “I never quite felt it that way before in other jobs.”

American’s Mr. Parker, 59, says one big difference between 9/11 and the pandemic is that at the time of the terrorist attacks, his industry was in bad shape. The downturn in travel forced struggling carriers into bankruptcy and led to huge consolidation. That’s led to higher fees and many complaints from travelers, but a run of profitable years for remaining airlines.

“This one, the industry was functioning well, certainly relative to our past,” Mr. Parker says. As a result, he doesn’t expect major structural changes in the U.S. With more than $50 billion in government assistance, airlines aren’t running to bankruptcy court or closing hubs and leaving communities without air service.

But changes will come. Typically, airlines tweak their route structure as they add a few more planes each year. Now they have an opportunity to remake their networks as never before and increase efficiency. For executives who stay, Mr. Parker says, the next few years, no matter how turbulent, should also be exciting.

“I think these are the best times when you come out of the hard times,” he says. “They’re fun.”

More From The Middle Seat 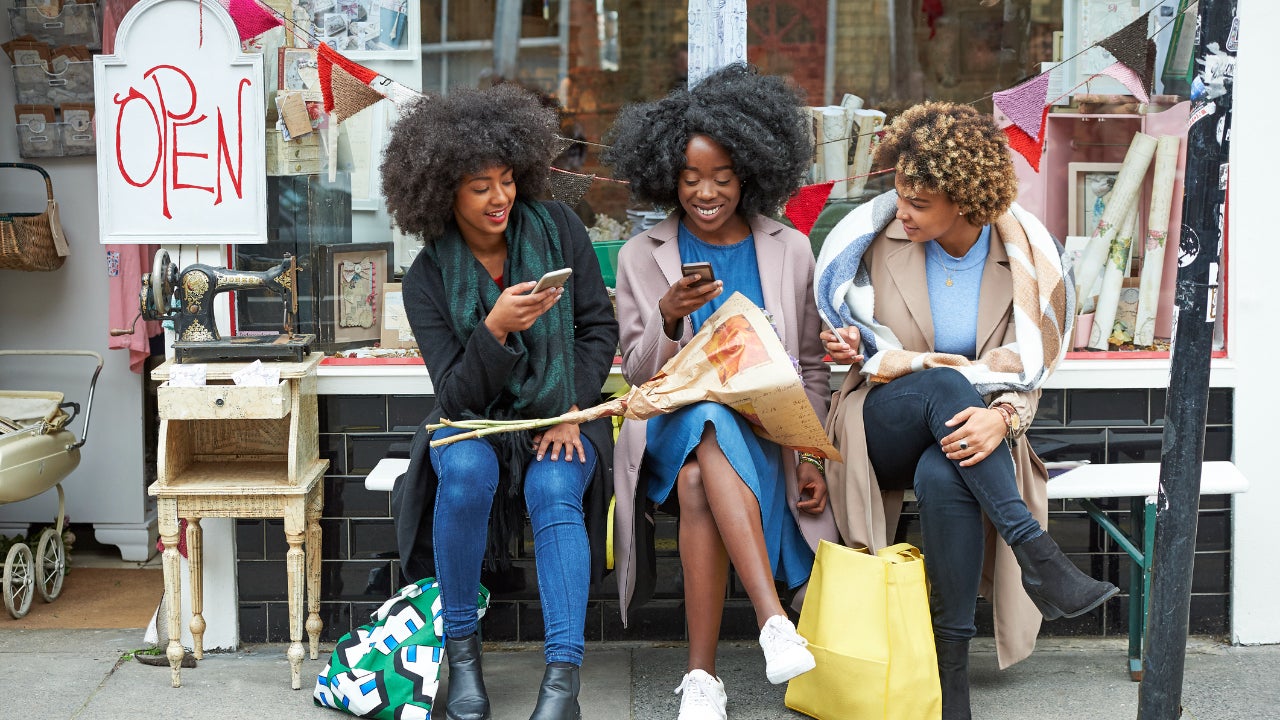 Next post Should really You Maintain or Cancel the Amex Platinum