Southwest Airlines has signed a 15-year agreement with a sustainable aviation fuel producer, and Air Canada is working with a decarbonization technology firm that could also spur more production of SAF, the carriers announced separately on Wednesday.

“The SAF produced at the Bayou Fuels facility plans to utilize a sustainable feedstock—forestry residues from plantation forests—and renewable power from a neighboring solar facility, as well as contract for carbon capture that will sequester more than 500,000 tons of carbon dioxide per year,” according to Wareborn. “It also is expected to have a greater than 99 percent reduction in sulfur as compared to conventional jet fuel, reducing the emissions of this conventional pollutant.”

Southwest plans to begin buying the fuel from Velocys’ facility in Natchez, Miss., in 2026 at the earliest, and the agreement also includes rights to buy “significant volumes” of the fuel from future Velocys facilities, according to Southwest. The carrier aims to replace 10 percent of its jet fuel consumption with SAF by 2030, according to Southwest Airlines senior director of fuel supply chain management Michael AuBuchon.

Southwest in recent weeks announced a SAF fuel purchasing program with corporate clients, in which the companies pay the premium cost of the fuel via cash or UATP funds to receive carbon credits for their emissions, but the amount of fuel currently available limits participation opportunities. Deloitte, Siemens and Zurich North America are initial partners in the program.

Air Canada, meanwhile, announced a memorandum of understanding with Canadian energy firm Carbon Engineering, which aims to deploy technology capable of large-scale carbon capture, removing carbon dioxide from the atmosphere. The carrier will work with the firm “to advance new, transformational technologies toward the commercial viability of SAFs and carbon removal,” according to Air Canada EVP and CFO Amos Kazzaz.

Besides permanently storing captured carbon dioxide deep underground, captured carbon potentially could be used to develop ultra-low carbon fuels, including SAF, when combined with clean hydrogen, according to Air Canada.

Carbon Engineering has been operating a pilot plant in British Colombia capturing carbon dioxide since 2015, and it is working to deploy megaton-scale facilities. One such large-scale facility is under development in the United States by 1PointFive, in which Air Canada partner United Airlines announced a multimillion-dollar investment last year, and it is targeting 2024 to begin operations. 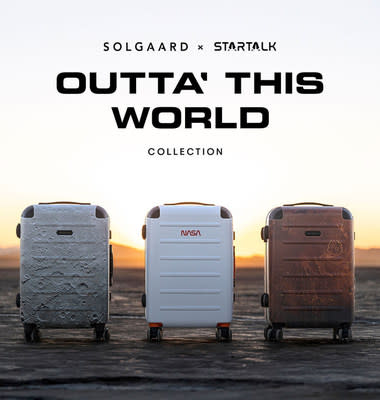